The Vibram Christy soles enjoyed a major resurgence in popularity in recent years, as the casual option for a pair of brogues, or as the hipster de jour sole on a pair of classic Red Wings. Pretty comfortable to stride around on and they look nice and crisp when new.

Once you’ve used them for a while though they don’t half let the side down. While the leather is oiled, polished and looking pukka, that sole gets grey, grimy and pretty darn nasty. So what can you do about it? 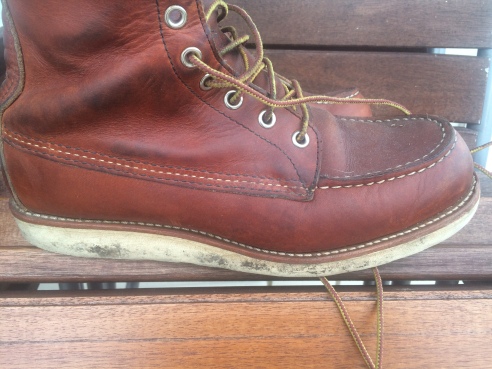 There are several options. I’ve tried the toothpaste on a rag method, and it does work. The very mild abrasive in the toothpaste and the rubbing of the coarse rag did clean it up. A waste of fine toothpaste though and it took time to get a result. Another option I’ve seen mentioned is to use sandpaper to actually sand down the edge of the sole. This seems a rather thoughtless method, as removing a layer of sole will, if repeated, mean you will also remove the leather where the stitches are and thus make it that much harder to replace the soles (which you most likely will want to, as some of them wear terribly). 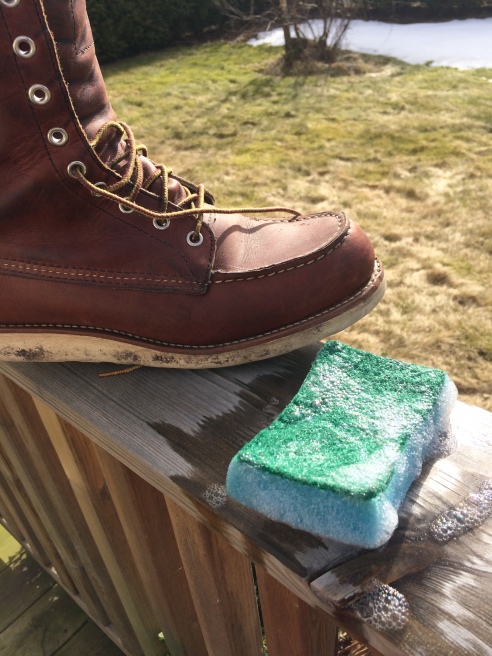 So I’ve ended up using a scouring pad (aka brillo pad) and some warm water with a few squirts of washing up liquid in. It took me about 5 minutes to scrub the soles of both boots from the dirty photo to the clean photo. Ok, toothpaste may have got them whiter, but an occasional 5 minutes to keep them crisp works for me! 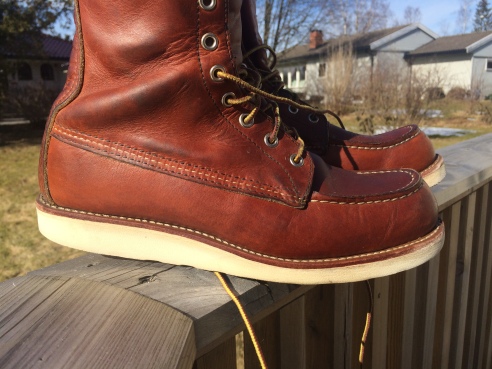 5 minutes work and a quick dry later. Much improved, yes?

Just take a little care not to get the leather too wet while you’re working. Leather tends to dry out stiff after a soak, so have some leather oil on hand for later.

One Response to “Shoecare: Keeping those Christy soles crispy”