I’m at the start of a series of posts about companies that for some reason or other interest me. Either due to unique products, some quirky aspect of their business, or because they have a background and history that is interesting.

In the case of NPS Solovair, the interest starts with the company name. The NPS part dates all the way back to 1881 when 11 men in the village of Wollaston, Northamptonshire, joined forces and created a workers co-operative to make shoes. In the grand tradition of giving companies proper names, they called it the Northamptonshire Productive Society (NPS) Shoes Ltd. They got off to a good start by securing a contract to supply boots to the British Army.

Time went, demand for quality boots and shoes increased, and thus company grew steadily. During the 35 year period from 1959 NPS also produced the Dr Martens range of shoes, and added the Solovair part to the company name. As in Sole-of-air, as in the air-cushioned sole used on the classic Doc Martens.

After som tough years around the millennium the the company passed into private hands in 2006 and since then have been busy building up their own range, as well as producing for other brands. For this season they have their own “heritage” and “lifestyle” collections, which to my eyes looks to contain some splendid footwear. And  pretty realistically priced as well, at a touch over 200 pounds a pair. 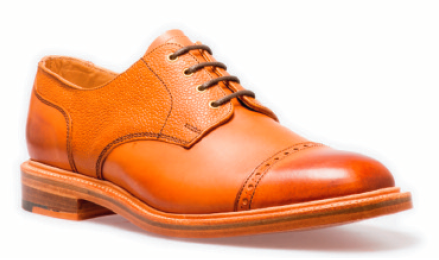 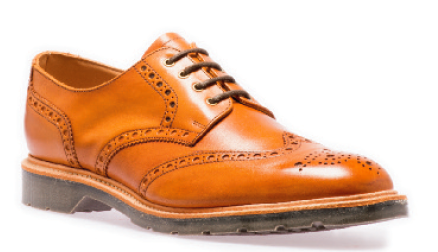 I’d love a pair of the new heritage-line brogues. What I’d really like is a pair of the original 1956 three-eye Gibson, or as we’d say around here, the OG Doc Marten. The original, by the people that made the original, and still made in Britain. Which is more than can be said of todays Dr Martens.

More info and the full range can be found at NPS Solovair.

10 Responses to “Of interest: NPS Solovair, quietly making shoes since 1881”