Yes, it’s that time of year when half the males of the species partake in the ritual humiliation of the other half by allowing their facial hair to grow wild in the name of Movember. It’s all for charity guys! Yeah, sure. Of course it’s not all about showing you have the genetic ability to grow facial hair with dignity. Unlike the other half of the males where their futile attempts at growing a moustache only makes them end up looking like a demented hobo. The world can be beastly and unfair.

This means that for some of us, this is a tough time of year. Truly. Not only do we have to endure the mocking of those cultivating their lip weasels, but we have to actually see the results. And trust me, there are very very few men on the planet that actually look better with a moustache than without. You can quite easily spot those that are merely sporting a month-long moustache effort by their smug look, and the fact that their moustache is more comedy than comely. Hence why the other 11 months they are more suitably clean shaven.

Facial hair, and beards in particular, do involve a certain amount of pride and chest-thumping though. My son likes to quote the band The Beards, who in one of their anthems to beards (really) include the devastating lines:

If your Dad doesn’t have a beard,
You’ve got two Mums
Two beardless Mums

How can the beardless man counter such an insult? Extensive research on the matter does show that almost all men with the potential for extensive facial hair also have a potential for not enjoying a full head of hair. This is heartening news and shows there may be some justice after all. Not that we wish hair loss upon anyone, but enjoying a well-cut head of hair and a well-shaven face would appear to be an acceptable alternative to being a bearded bald eagle. 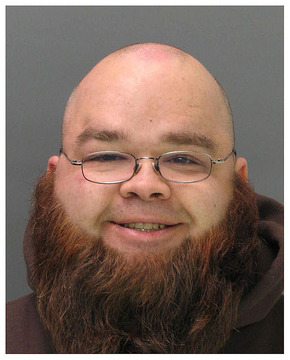 At times though, even I must confess to beard-envy. Passing by the Carhartt shop next to Seven Dials in London a couple of years back, my eyes were drawn to three men just inside the door. It was after closing, so I don’t know if they worked there, but I was immediately struck by the perfection that was apparent. These guys were either models, or just immaculate examples of manhood. Slim, of optimal height, dressed in totally hip Carharrt-style gear and shorts, a couple of them on BMX-bikes (and let’s be honest here, who wouldn’t like to pose around on a BMX?). The aspect that really struck me hard though was their hair and beards. Think back to the Action Man figures of your childhood, the flocked, felt-like hair and beards. These guys were like that. Like real-life toy soldiers.

And there wasn’t a bald patch to see either. Life is so unfair. 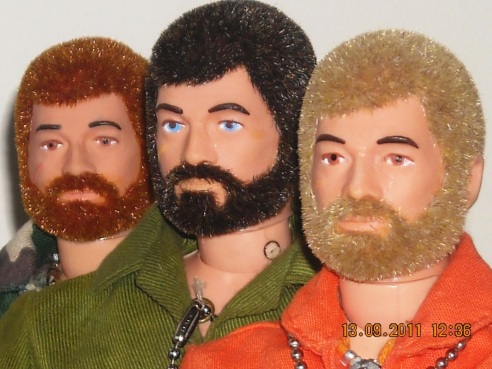