For this AW13 there is… well, all the old favourites are back, such as the Cameraman jackets, and Mallory jackets and waistcoats. The Cameraman has a couple of new remixes, in that the previous Mackintosh/Harris Tweed combination has now changed to a heavyweight L27-grade Ventile/Harris Tweed combo. The new version also has different pockets and is seam sealed, compared to what we’d consider the “classic” Cameraman now. The new version is available in  different colour combinations, including a new Crazy Cameraman. The new version also has a neat-looking tweed vest included with the jacket. I suspect this makes that jacket very much more versatile. One change that I feel detracts from the new version is that the pockets no longer overlap from the lower part to the top part, meaning one of the primary design characteristics has been lost. While the Mackintosh fabric now appears to be history, some of the jackets are still produced by the Mackintosh factory in Scotland, so quality should still be as before. 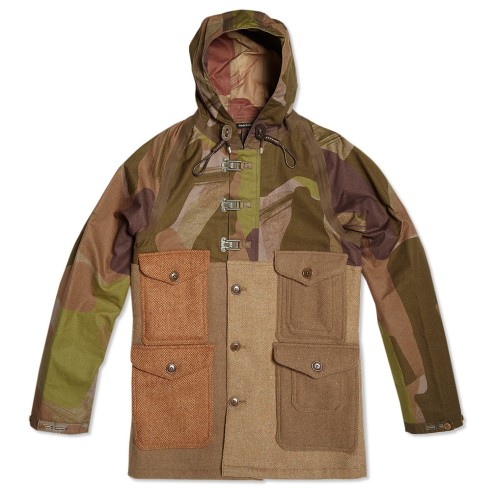 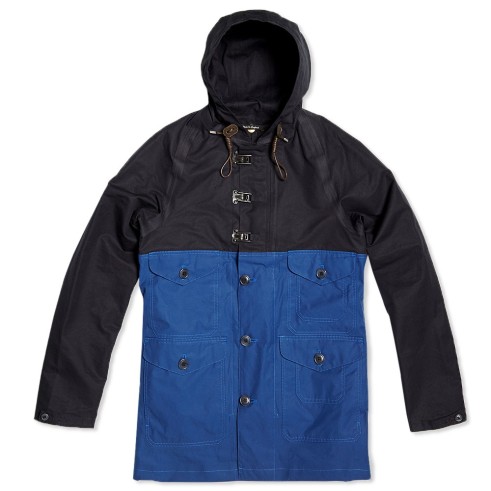 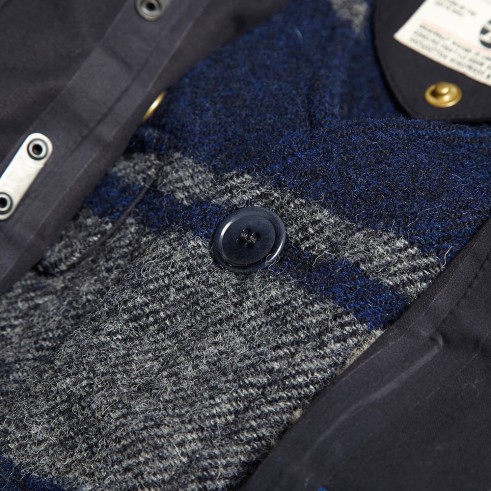 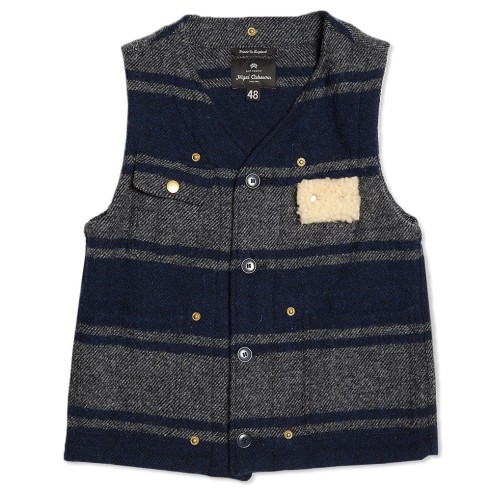 The Mallory jackets and waistcoats look to be the same as last year, possibly in a slightly different selection of colour hues, though the Black Navy, Indigo, Brown and Army variants do look very much the same as last year. What seems to be missing from the shops so far though are the two new variants of the Crazy Mallory, though they may come up later, or be Japan only. To my mind though, the two new variants are less pleasing than last years version though. 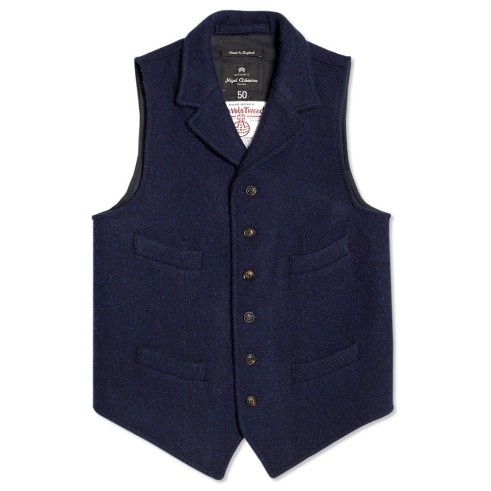 For me, the real stand-out piece this season is the cashmere Duffel Coat. In 100% Italian cashmere, it’s a magnificent coat, available in Navy and Vintage Orange. Too bad it’s the price of a decent second-hand car! I would very much like one of these. I suspect this will sell about as well as last years sleeping-bag jacket… 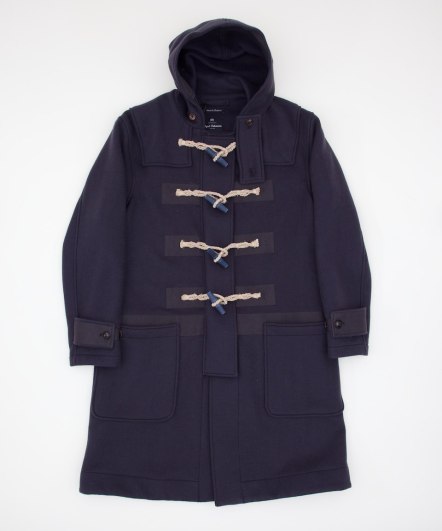 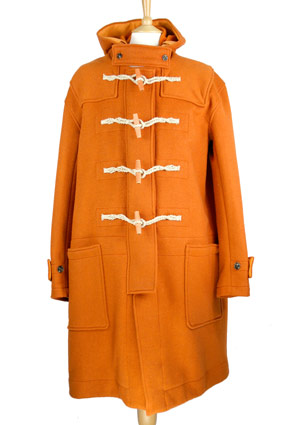 We also have the Everest jacket back for another round, this time in camouflage Ventile. Now, I hear the Everest is a very fine jacket, but I could never recommend buying it in the camouflage colour. Unless you’re very wealthy and buy it only for a season or two of use. Camouflage is a fad and will age fast, I would buy a jacket of this price in a colour that would last longer. 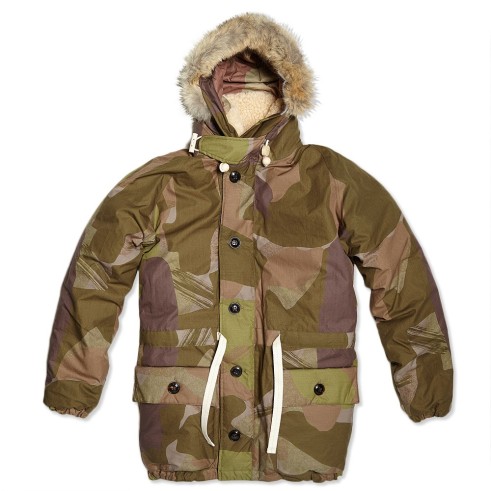 Last season I thought the Shirt Jacket was the pick of the crop, though judging by the sales at places like Superdenim that has a number of these at half-price now, these passed right by most buyers. This time around I find myself very much liking the look of the Hunting Jacket: 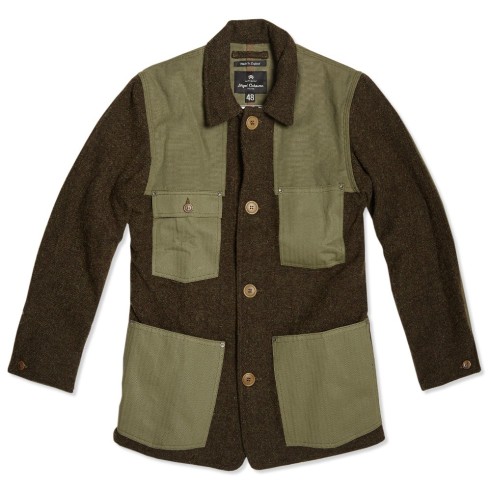 In addition, there are all the usual Cabourn knits, sweaters and vests, in Fairisle and other types. I’ve not had a chance to study these in details, but have previously been disappointed by the quality. Others rave about them though, so you may want to have a look, if you’re so inclined.

I’ll update this page if more items come to my attention!

This is the AW13 Crazy Mallory, not yet seen for sale: 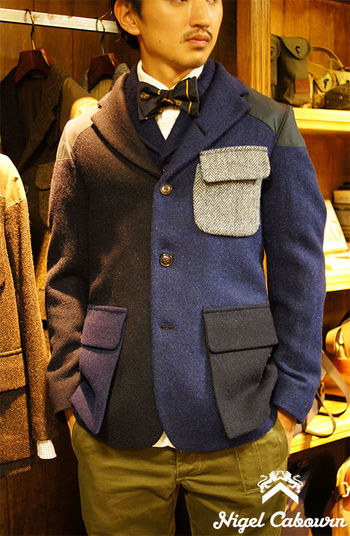 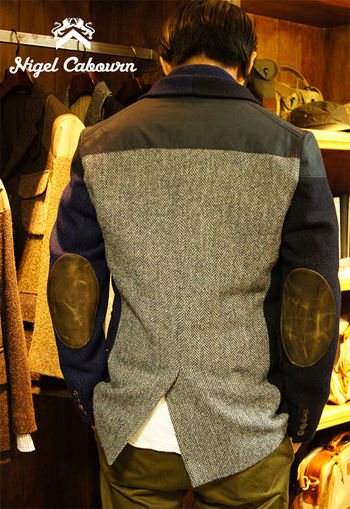 Update: The Nigel Cabourn webshopnow has the AW13 pieces. Worth viewing for the fantastic photography! 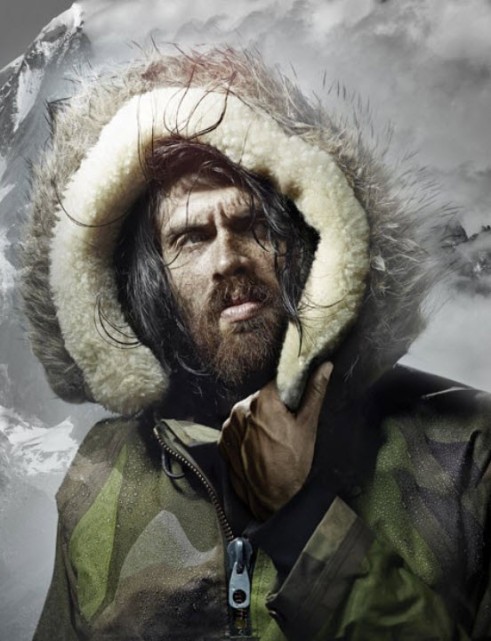